The Long Road Home—Brokenness In The Journey of LIfe 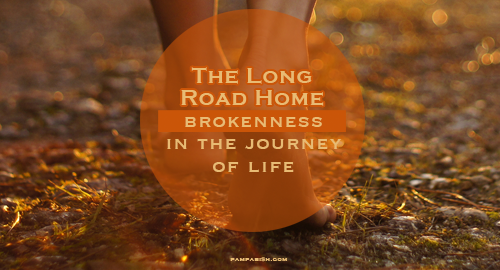 Earlier this week, while I was away attending the CAFO (Christian Alliance For Orphans) Summit in Nashville, our daughter was in a car accident and broke her arm. Since the accident, she’s had it in a splint and now has pins in it to help the bone regrow properly over the next six to eight weeks. Because it’s wrapped up in a splint, covered in a thick bandage and highly visible, everyone is careful not to bump into her so that we don’t cause her any pain. No one questions having to help her put on makeup, put on clothing, wash her hair, or open things. She has a broken arm. She needs help. As a matter of fact, because her injuries could have been so much worse, we’re all thankful to be able to help and see our assistance as minor compared to what we could have lost or could have been required of us. 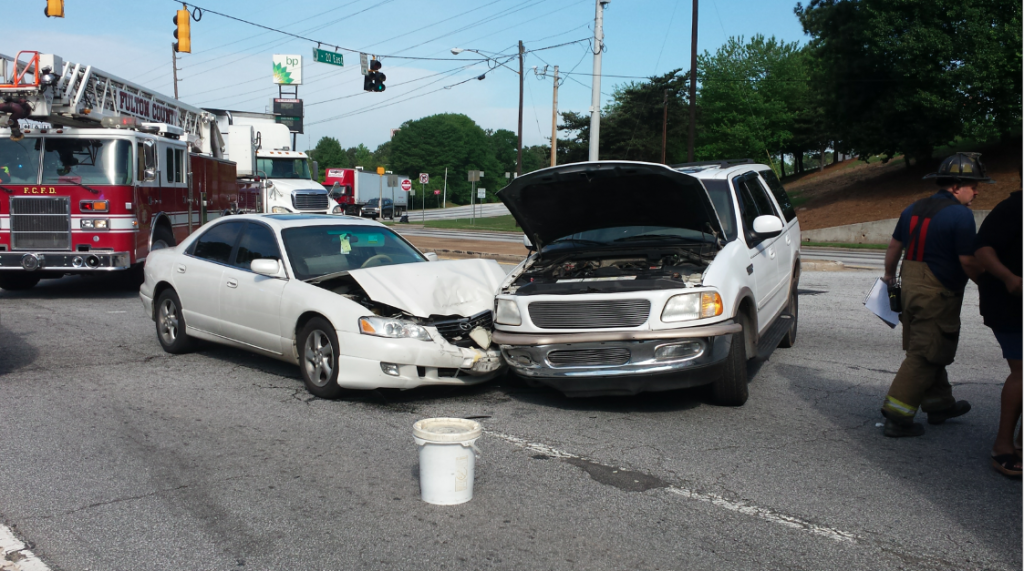 During my time at CAFO, I spent many hours immersed in the topic of brokenness, healing, grief, loss and pain. As you walk closely with families struggling to manage behaviors of children whose lives have been turned upside down by abuse, neglect and loss—you walk closely with brokenness. The difference is that those broken places can’t be seen. They aren’t covered in bandages and don’t come with a defined timeline of regrowth and healing. Those wounds, that brokenness, they are invisible to the eye and very often buried deep beneath layers of survival mechanisms that are confusing, frustrating and scary for families trying to provide a safe place for healing and rest.

I would give anything to be able to fix my daughter’s arm. It hurts me to see it swollen with metal rods sticking out of both sides of her wrist. But, I can’t. I’m not a bone specialist, and even if I were I could only do what they’ve already done—keep it safe, point it in the right direction for proper healing and let time do its work. Over and over as I talk with family members struggling to help someone they love heal from wounds that are hidden from sight I hear, “I just don’t know what to say,” “I don’t know how to help them,” “If they could just understand that I’m trying to help,” “Things aren’t as bad as they make them seem,” and many other helpless and hopeless phrases. As I listen, I’m reminded of my own journey of brokenness and the truth that I’ve had to discover healing on my own and the people who’ve made the biggest difference in my life didn’t really “do” anything…. they were simply there with me on the long road home to healing.

Along the paths of my personal journey of emotional brokenness and my journey as a mom to seven beautiful girls who live life with the scars of loss hidden just beneath the surface I’ve learned that these broken places are the hardest to endure. To sit. To wait. To walk with someone (or to be the someone) in grief, in emptiness, in questioning, in fighting, and in fear is the hardest road any of us ever walk in life. We are fixers. We are parents, teachers, practitioners and friends who think our role is to help and helping means fixing, it means having the answers, solving the pain and healing the wound. We are the wounded who think our helplessness is weakness, our questioning is faithlessness, our emptiness is shameful, and our fear is cowardly. We are wrong.

Jesus models journeying with one another in brokenness in one of the most beautiful examples that I can find in scripture. In the 24th chapter of Luke, He joins two of His followers on the road to Emmaus on the day of His resurrection. For the followers, Cleopas and his friend, the long road home was a seven mile journey between Jerusalem and a village called Emmaus. It was a walk filled with questioning, grief, emptiness and fear. As they walked along, a “stranger” joined them and asked about their sadness. They began to share with him the events that had unfolded over the past few days. I can imagine their disbelief, their wonder at whether they had been lied to, their disappointment that their once close-knit band of brothers were now scattered throughout Jerusalem, all of them struggling to come to terms with abandonment, rejection, grief and loss. As they shared, Jesus listened. Eventually, He began to reveal Biblical truths to them… slowly and over the course of the long road home, he started at the beginning and began to help them make sense of the bigger story to which they were unknowing key players and had born witness to first-hand. It wasn’t until they were home, breaking bread together over a meal, that they knew Him as their risen Savior – and by the time they realized who He was and what He had done, He was gone.

There are four key things that I find particularly intriguing about this passage of scripture.

He allowed them to openly discuss their sadness. As they shared their hurts, fears, doubts and disappointments, Jesus listened. He didn’t try to fix it, change their minds or challenge their feelings. He simply listened, invited them to share and provided an open forum for them to talk out the despair that was deep within their hearts. Too many times in my own journey as a mom I’ve tried to “fix” my girl’s feelings. As a result I invalidate all they’re going through and teach them that they need others to fix them instead of teaching them that the beauty of brokenness is found in the struggle. Jesus allowed His fellow journeymen to struggle through the feelings of despair and in doing so he gave them room to heal and come to terms with their own inner battles. He did it without guilt, without shame and without providing the answer. Come on, seriously, think about that – – –  He IS the answer and He was standing RIGHT THERE!

He didn’t reveal the answer to them. Why? Why would He allow them to pour out their hurts, doubts, fears, questions and disappointment without revealing Himself and letting them know that they were concerned about nothing? Because our emotions are big and they need space to air out. We are not built to stuff or hide our emotions. We are built to work them out, to make sense of them and to acknowledge them—even if they’re totally wrong. We have to give ourselves and others the freedom to air out emotions, even wrong ones. This is part of the journey of brokenness. Each of us must face the depth of our own bitterness, the chasm of our own grief, and the darkness of our own doubt. Without facing it, without giving it voice –  we never make sense of it and it can’t be healed.

He spoke truth slowly and gave them time to learn. As He began to connect the dots in their story, and in the bigger story of the gospel, He did so slowly and He started from the beginning. If He had started with “I AM,” He would have totally taken away their opportunity to learn. If He had started with, “Guys, it’s me! Smile! Be happy!!! I’m here now!” they wouldn’t have known the depth of their own emotions nor the depth of the scripture and its eternal truth of who He is as our Lord and Savior. Their need to know brokenness and their need to learn the fullness of the gospel was critical to the growth of the church for future generations. What Jesus allowed these followers to experience and what He taught them on the long road home was for us. The reason the Gospels are timeless today is because He allowed His followers to walk it out yesterday. Too often we want to move people (and ourselves) to the answer for our own comfort and if we’re not careful, we can shortcut lessons that desperately need to be learned because later in the journey someone will come along who simply needs another person who understands. “But, you’re safe Now!” “I’m here now.” “Don’t worry about it because it’s over and it wasn’t as bad as you thought it was.” “You’ll never have to experience that again, so put it behind you.” Instead of starting here, let’s start where Jesus did, “Explain what you’re talking about to me so that I can understand why you’re so sad.” (Pam paraphrase of Luke 24:17) Let’s move to the place that we’re comfortable walking with others to the answer rather than having to have the answer. You never know, we may learn along the way too.

He didn’t have to be around when they found their answer. Okay, this is a big deal. By the time they realized who He was—He wasn’t around. He didn’t stick around to watch them celebrate the ending of their grief and He was comfortable knowing that they would arrive at healing without His presence. He sowed seeds of truth into their hearts as they journeyed through brokenness and was okay with them blossoming after He was gone. We often get frustrated in our journey with others when we don’t see answers, healing takes too long or they seemingly refuse to accept the truth we’re sowing into their lives. Like Jesus, we must become comfortable with the seeds we sow and trust that God will reveal the truth to them and allow them to see it in its fullness when His time is right—and we might not be anywhere around when that happens.

We are all on path to healing, to restoration, to the fullness of the knowledge of Christ in our own lives. Let’s give ourselves, and others, a break on the journey of brokenness in life. It’s a long road home. 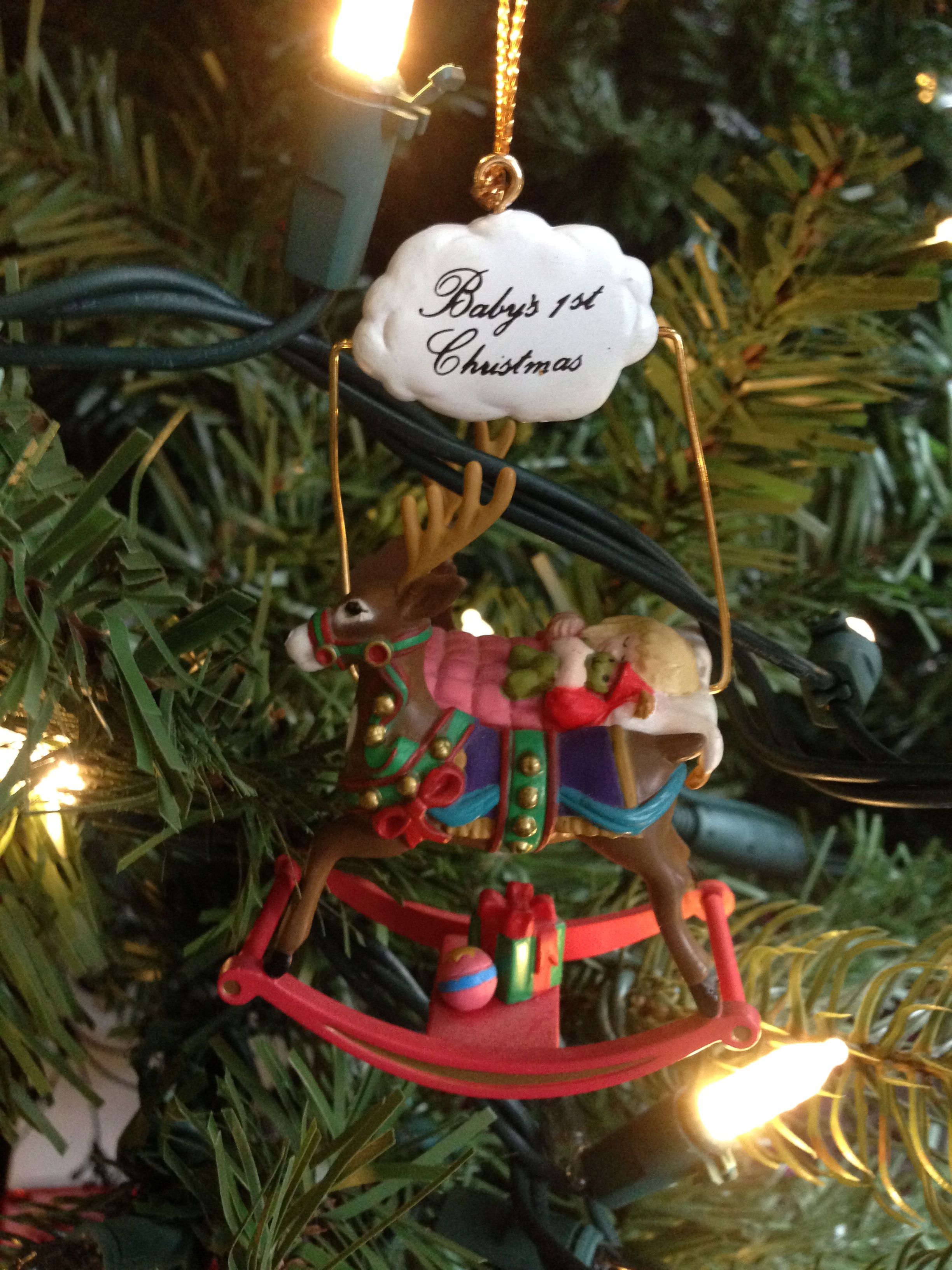 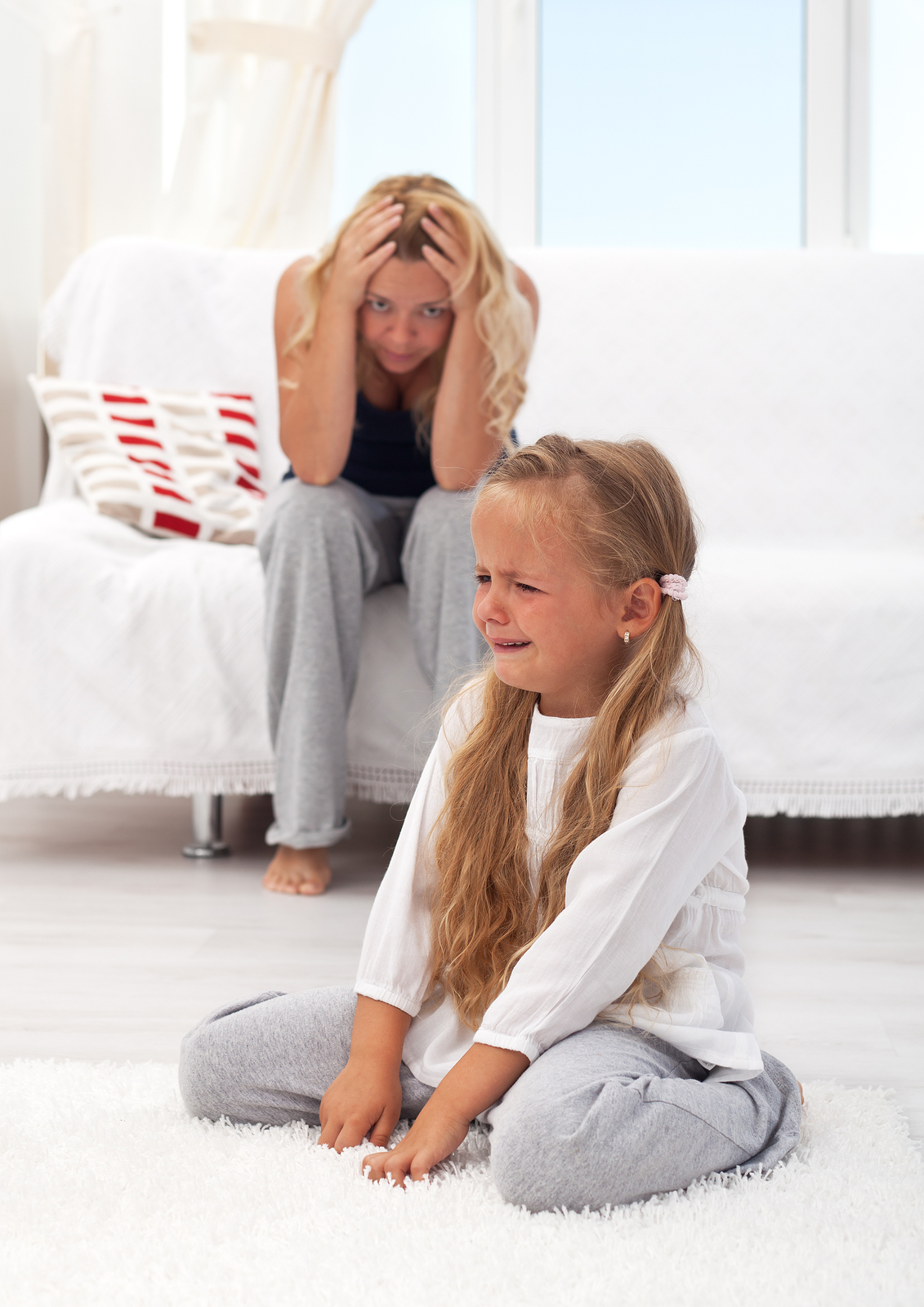 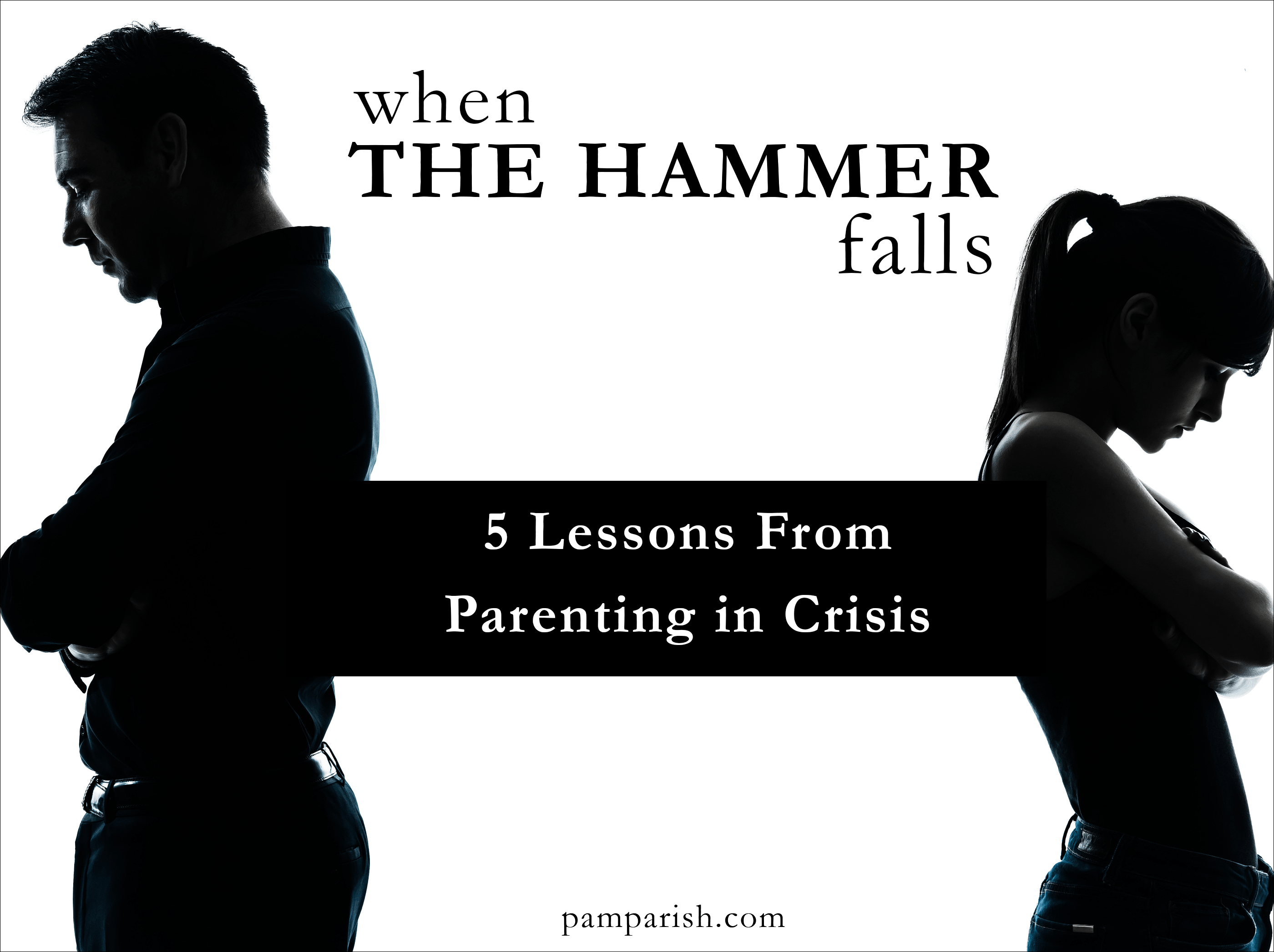 When The Hammer Falls – 5 Lessons From Parenting in Crisis