Fostering or Adopting? Two Critical Things Biological Children Need to Hear From You 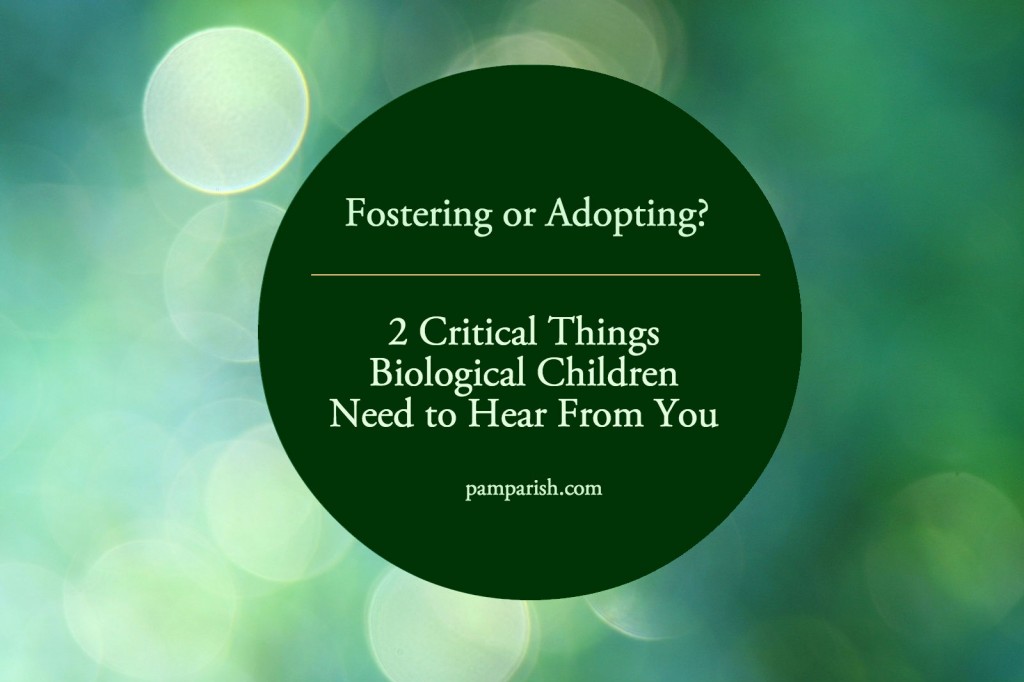 Our biological daughter was 11 years old when we made the decision to add to our family through foster care adoption. To say that she was excited would be a gross understatement – she couldn’t wait to have a sister! At 11 years old she was extremely weary of being the only child. She had known for years that we couldn’t have any brothers or sisters. Adoption had always been an option we said we “might” do someday. So, by the time we asked her opinion of older child adoption through our state’s foster care system, she was our biggest supporter.

We did all the “right” things. We had all the “right” talks and prepared her the best of our ability. She knew it wouldn’t always be easy.  She knew that a new sister who would be coming into our home might reject her or not bond quickly. She was ready for that (or at least she thought she was). She knew that she would have to “share” mom and dad, not get as much “stuff.” She knew it was a big change. She was ready. We weren’t.

Over the next 6 years, one sister would become six sisters and everything she thought she was prepared for was multiplied, by six. Along the way, she supported every new addition to our home and family. What we didn’t know, until it was almost too late, was that we were making big and small errors in communication. The things we were leaving unsaid or saying incorrectly were becoming deep, dark wounds festering in her heart until it was too much for her to bear. Even thinking about it now breaks my heart.

In conversations with other foster/adoptive parents, this question typically pops up, “So, be honest, how did all of this effect your biological daughter?” My typical response is simple, we parent older teenage/young adult daughters, some with severe histories of abuse and trauma. A  lot of ‘stuff’ comes with that and it doesn’t just effect us, it effects our entire household. Every new addition requires adjustment, and everyone in the house has to adjust. Trauma replicates trauma, hurting people hurt people, it’s part of the process. Was she effected? Yes, greatly. Was some of it negative? Yes. Was some of it positive? Yes. Is there anything we, as parents, could have done differently? Lots.

Here are two critical things that, if I had a magic wand, I would certainly reverse time and communicate often to our biological daughter.

No Matter What – Your Problems Still Matter

In the day to day adjustment to a child from hard places, we can become focused on the trauma and pain of their past. Any abuse is startling and it’s especially hard when the effects of the abuse are living in your home, calling you mom and dad. We wouldn’t have ever told our biological daughter that her problems didn’t matter. We just became so overwhelmed with the challenges facing our new daughter(s) that our actions spoke louder than our (lack of) words.

Along the way she decided that the problem she was having with a friend at school, or the sadness she felt because someone called her a name were not important enough to bother us with – especially compared to the trauma that her sister(s) had faced. It wasn’t the not telling us her problems that was the biggest issue. The biggest issue was that she felt like her problems no longer mattered; which led her to ultimately feeling like she didn’t matter.

Take time to communicate to your biological children that, no matter how big or how small, their cares, concerns, hurts and worries are always important to you.

It’s okay for you to be frustrated; it doesn’t mean you don’t understand.

Let me just say it straight, the way I wish someone had said it to me years ago. Take, “…but you have to understand…,” out of your vocabulary. Completely. The statement makes your child feel stupid for their feelings instead of teaching them that frustrations are normal & expected feelings. Our children understand far more than we give them credit for; they just sometimes need permission to be frustrated anyway.

Here’s a simple illustration of how this went really wrong in our home, on many occasions. Hopefully you’ll take the better way:

Our mistaken response: “Well, you have to understand that __________ doesn’t mean to __________. They’ve had a lot of hurt in their life and sometimes can’t help it. You need to show more grace.” In essence we just said, the problem is you. You don’t understand, you don’t have mercy, and you need to suck it up.

The better way:  “I’m sorry you’re feeling angry. I understand. What can I do to help?” This opens dialogue and gives the child an opportunity to vent, be angry and hopefully start to work toward understanding and reconciliation.

Take time to empathize when your biological child is frustrated. Even when the issue is one that they shouldn’t be frustrated about. Their frustration alone is communicating to you that they need you to help calm and reassure them – not to correct their thinking.

Here’s a bonus one for you: just because they seem okay, doesn’t mean they are. Our daughter has maintained straight As in school throughout the journey. Through deep valleys, her grades never suffered. She’s also developed a great ability to mask her hurts behind expected behaviors. If we don’t ask, we don’t know. Just don’t forget that the uncertainty, anxiety and exhaustion that you feel – your biological child feels too. Give them time to express it to you; and just because they seem okay, don’t just assume that they are – ask.

Our daughter is all the things we hoped she would be as a result of our family’s journey into foster care and adoption. She’s more compassionate. She understands that there is deep hurt in the world and wants to do her part to help. She’s more patient. And, she loves her sisters. We are deeply proud of the young woman that she’s become. But, we also realize that there is a lot that we, as her parents, could have done better throughout this journey to make her road a little smoother. 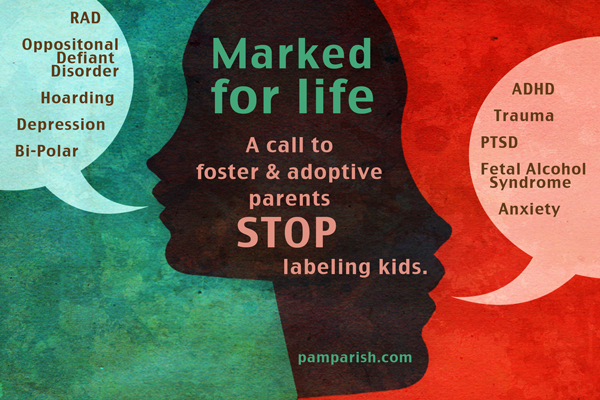 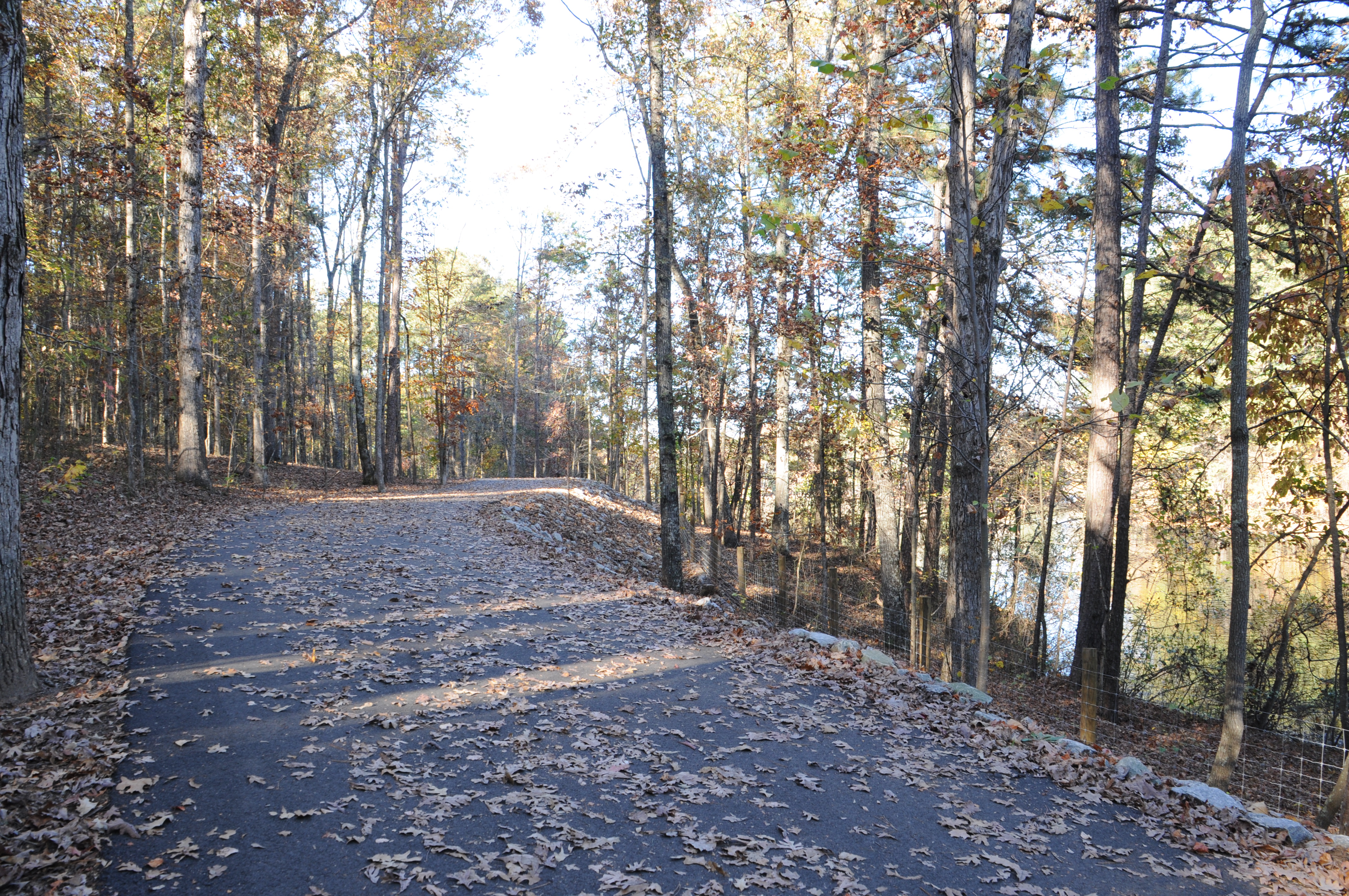 The Prodigal & The Parent 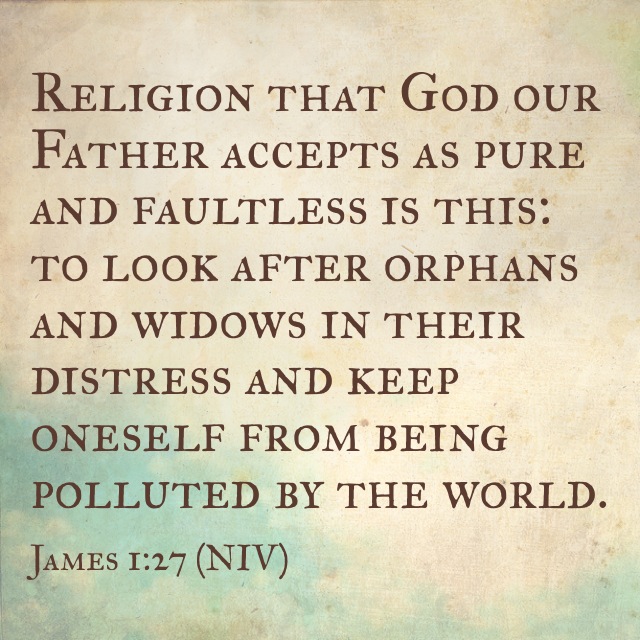