Even So, It is Well With My Soul…

I love this beautiful script drawing by artist, Andy Luce.

For several weeks now I’ve been struck by a verse of scripture out of Daniel, Chapter 3:15-18 (NLT). In these verses, King Nebbie (as Veggie Tales so fondly calls him) has called Shadrach, Meshach, and Abednego before him because he’s received reports that they will not bow to the images of himself that he has built through his kingdom. He throws down the challenge, “…if you won’t bow you’ll be thrown in the fiery furnace…” and then he gives the statement that makes me think, “Oh, no you didn’t!” every time I read it, “...and then what god will be able to rescue you from my power?” Even though I think I would have had to resort to the finger snap, the heroes of our story say something that I can’t get out of my head lately, “O Nebuchadnezzar, we do not need to defend ourselves before you. If we are thrown into the blazing furnace, the God whom we serve is able to save us. He will rescue us from your power, Your Majesty. But even if he doesn’t, we want to make it clear to you, Your Majesty, that we will never serve your gods or worship the gold statue you have set up.” I like to read that in the tone of voice that my teenagers sometimes respond to me with, eye rolling and all – it just gives me pleasure because we all know the end of the story. God does rescue them from the fiery furnace and puts ol’ Nebbie in his place. But, that’s not why this verse has captured my spirit lately.

What our heroes said is this, “You can throw us in the furnace and our God will rescue us, but even if he doesn’t we still won’t bow to your gods or your image.” While it is true that God rescued them from the furnace, it’s also true that at the moment they spoke these words they had no way of knowing whether or not He would. How many times have we been in this very place? Dealing with sickness, a wayward child, a job loss, a difficult decision? In those moments what’s always hard is the faith & doubt combination – and the guilt that follows. It’s almost as if the enemy wins because the minute we need our faith the most, we spend more of our time beating ourselves up for not having it then we do walking in it.

I don’t know about you, but I’ve always felt guilty for having thoughts like those voiced in this story. I pray things like this, “God I know you are a healing God and, Jesus, by your stipes I am healed” and then I think thoughts like this, “But what if He doesn’t heal me..” and then I feel guilty. I feel guilty because I tell myself that having those types of thoughts is doubt and, so to combat it, I dig my heels deeper and repeat again – all of the scripture and promises that I’ve long since memorized about healing. Then, again, that small voice whispers, “What if He doesnt…” Cycle repeat after repeat.

What I’ve come to realize in the past few weeks is that the “doubt” that I’m so concern about really is just a tactic of the enemy to keep me distracted from walking out the faith that God intends for me to have. And, that faith is this…”I believe God will heal me, but even so…. I’ll will still love Him, obey His Word and keep focused on what He’s given me to do.” If we really study the New Testament, we’ll discover that Jesus and his disciples didn’t stop what they were doing and pray a dozen faith-based prayers when someone was healed. People were simply healed as they went about their business – as Jesus passed by, as Peter & Paul were on their way to the temple, as Jesus was preaching, etc, etc.

Too often, we forget that the power of faith is that we ask it, believe it and trust God to do it – meaning that we can move on in life and not let the enemy cause us to stall in a cycle of belief – doubt – guilt – belief – doubt – guilt, on and on. The real victory comes when, even in the midst of our sorrow, we can say, “even so, it is well with my soul” and keep moving forward with God, no matter the cost. I’ve learned to love the way Shadrach, Meshach and Abednego were able to say with full faith, “God will save us, but even if He doesn’t – it doesn’t matter, He is still the only God in whom we will trust.”

As I’ve pondered this verse of scripture in the last few weeks, I’ve not been able to get the song It is Well With My Soul out of my head. The lyrics to the song are a perfect illustration of this kind of faith, but they are that way because the writer endured unspeakable tragedy in his life yet continued to trust God. I’ve added the link to the story of this song below, I encourage you to watch it – you’ll never forget it.

As for me, it is well with my soul.

A New Day is Dawning 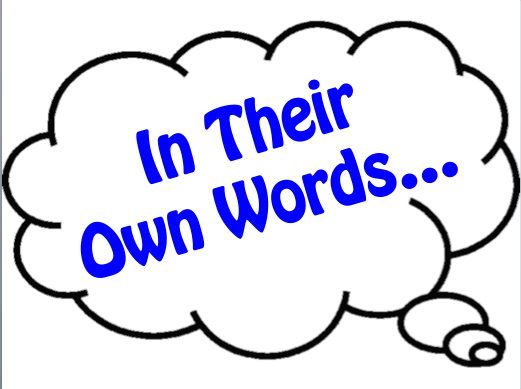 Life Is Not Fair

The Love of My Life